City Hall is closed to the public until further notice.

City employees are still working to provide as many services as possible during the crisis.

When calling City Hall (818-224-1600), the phone system is now automated. Please listen to the whole message for the correct extension.

Click Here for Updates and Additional Resources Related to COVID-19 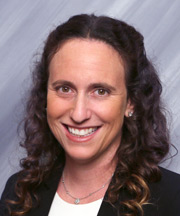 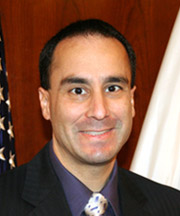 James Bozajian was raised locally. After graduating from Taft High School in Woodland Hills, James received a Bachelor of Arts degree in History from UCLA and a Juris Doctor degree from USC School of Law.

James Bozajian worked as a criminal prosecutor at the Los Angeles County District Attorney’s Office for 24 years. James is currently employed as an attorney for State Compensation Insurance Fund. 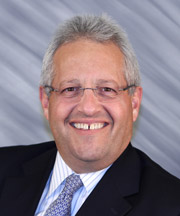 Fred Gaines was first elected to the Calabasas City Council in 2011. He was reelected to a second term in 2015. Mr. Gaines served as Mayor in 2013-2014 and 2017-2018. He currently serves on the Budget and Economic Development Committees of the City Council and on the Council's Homeless Task Force. Mr. Gaines is the City Council’s representative to the Calabasas Chamber of Commerce and the Valley Industry and Commerce Association (“VICA”). Mr. Gaines is also an alternate member of the Agoura Hills/Calabasas Community Center JPA Board of Directors.

Prior to his election to the City Council, Mr. Gaines served for 13 years on the Calabasas Library Commission and for five years on the Calabasas Civic Center Task Force. He is a former Chair of the Los Angeles County Library Commission and past President of the Library of California Board. Mr. Gaines is also a former Regent of the University of California.

Mr. Gaines is Managing Partner of Gaines & Stacey, LLP, a San Fernando Valley based law firm which specializes in land use, zoning and environmental law matters. He is a Past President of the San Fernando Valley Bar Association, a Past Trustee of the Los Angeles County Bar Association and a Past President of the Executives of the Los Angeles Jewish Home. Mr. Gaines is a long time member of the Calabasas Chamber of Commerce.

Mr. Gaines has received numerous professional and community awards including being named one of the “Top 25 Lawyers of the San Fernando Valley” (2002), “Best Community Executive Leader” (2004), “Valley’s Most Trusted Advisors” (2011 and 2015), and to "The 200" (2016 and 2017) by the San Fernando Valley Business Journal. He is also a recipient of VICA’s Harmon Ballin Community Service Award (2005), the Los Angeles Jewish Home’s Tom Bane Humanitarian Award (2009), the Chabad of Calabasas Public Service Award (2013), and the Calabasas Chamber of Commerce "Spirit of Calabasas" Award (2017). Mr. Gaines received the Calabasas Mayor’s Award in 2002.

Mr. Gaines and his wife Jill have been married for 34 years. Mrs. Gaines is a Past President of the Las Virgenes Unified School District Board of Education. They have three adult children, Danielle (Jeremy) Perlman, Stephanie and Allison, all of whom are honors graduates of Calabasas High School. 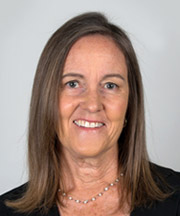 Mary Sue Maurer was first elected to the Calabasas City Council in 2005 and was re-elected to subsequent four-year terms in 2009, 2013, and 2018. This is Maurer’s third time serving as Mayor of Calabasas. A passionate and informed advocate for her constituents, Maurer has focused her efforts on environmental, senior and educational issues, as well as developing public health and public safety programs.

As a forward-thinking environmental steward, Maurer has sponsored a number of ground-breaking initiatives during her tenure including legislation to ban plastic bags in grocery stores, measures that prohibit the use of one-time use polystyrene (Styrofoam) packaging by Calabasas restaurants; she also led the effort to amend the original Calabasas secondhand smoke control ordinance to require 80% of apartment units in Calabasas to be smoke-free by 2012 -- which was accomplished ahead of schedule. She also spear-headed the City’s involvement in the L.A. County Community Choice Energy Program.

As Mayor, she signed the U.S. Conference of Mayors Climate Protection Agreement, joining mayors across the nation in a pledge to reduce carbon emissions in their cities below 1990 levels, in line with the Kyoto Protocol. Maurer also sits on the Santa Monica Mountains Conservancy advisory board, where she is a leading advocate for acquiring and protecting open space throughout the region for public benefit. She also co-chairs the Headwaters Corner Interpretive Center which showcases a natural plant demonstration garden and other environmental programs.

On behalf of Calabasas seniors, Maurer established a Senior Task Force to advise on the building of the recently opened Calabasas Senior Center; supported Savvy Seniors’ efforts to expand on social and recreational programs for seniors; advocated for the building of affordable senior housing. Maurer spearheaded a special needs/mobility-challenged database of Calabasas residents in the event of an evacuation or other disaster, and also created a unique local government/NGO grant partnership with the Rotary Club to address s individuals or families in crisis.

A former special education high school social studies teacher, Maurer continues to be a strong supporter of education in Calabasas. She advocated for the creation of a grant program for Calabasas public schools to ease the state budget cuts and maintain high property values; initiated the establishment of health and safety protocols at local public schools for both chronic diseases such as asthma and diabetes as well as for serious injuries; and developed a civics program for youth organizations that provides them with experience in local government decision-making through mock council meetings.

As part of her efforts to ensure public safety and emergency preparedness,  Maurer worked with the Los Angeles Sheriff’s Department to create a “comfort room” at the Lost Hills Station which provides privacy for victims of crime; developed a partnership with the L.A. County Department of Public Health to create an annual drive-thru/walk-thru flu shot clinic in preparation for an emergency mass inoculation event; and sits on the Emergency Preparedness Task Force to ensure that Calabasas is current with all plans.

Earlier this year, Ms. Maurer was named head of the California Conservation Corps’s Camarillo Center; her duties include overseeing a partnership between CCC and the California Department of Forestry and Fire Protection in which corps members receive training and real-time experience in fighting wildfires. Many go on to careers in firefighting. Previously, she worked for the state Department of Toxic Substances Control as an advocate for community involvement in the cleanup of contaminated sites.  She has a long-standing record as a public servant serving as a Field Deputy to then-Assembly member Fran Pavley, Deputy Press Secretary to then-Insurance Commissioner John Garamendi, and on the staff of the Santa Monica Bay Restoration Commission. In the private sector, she has worked in management positions with The Walt Disney Company and Blue Shield of California.

Councilmember Maurer resides in Calabasas and in her spare time enjoys hiking in the Santa Monica Mountains. 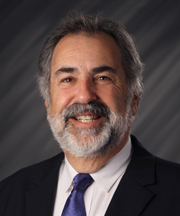 Shapiro serves as the City Council Liaison on School Site Safety as part of the School Area Traffic and Safety Committee, is School and PFC Liaison for the City Council, is a member of the Senior Task Force, and was on the Selection Committee working to build the Calabasas Senior Center/Adult Enrichment Center. He also serves on the Emergency Preparedness and Communications Committees for the City. Shapiro is also a representative on the newly formed Clean Power Alliance (CPA) working toward providing renewable and clean energy in the City of Calabasas and beyond.

Mayor Shapiro was recently elected to become the Regional Councilmember for Southern California Association of Governments (SCAG).  Shapiro also has served on a SCAG committee for CEHD for the past 3 years, working on many issues including housing, transportation, and sustainability, and also serves on the Valley Economic Alliance Board of Governors. He was also recently re-appointed for a 5th year to the League of California Cities Policy Committee, addressing statewide issues of housing and homelessness, among others. He continues to serve as the Captain of the City of Calabasas Relay for Life Team and supports many other philanthropic organizations, including Rotary Club of Calabasas, Habitat for Humanity, Cordasco Something Yellow Foundation, Loving Home Hospice for Children, and Golden West ALS.

Prior to being elected to the City Council, Shapiro served as President/Chair of the Calabasas Library Commission, as President/Chair of the Parks and Recreation Commission, was on the first two Civic Center Advisory Committees that helped develop and design the Calabasas Civic Center and Library, served as a Board Member of the Joint Powers Authority for the Agoura Hills/Calabasas Community Center, and has been Vice-President of the Community Center Alliance for over 11 years.